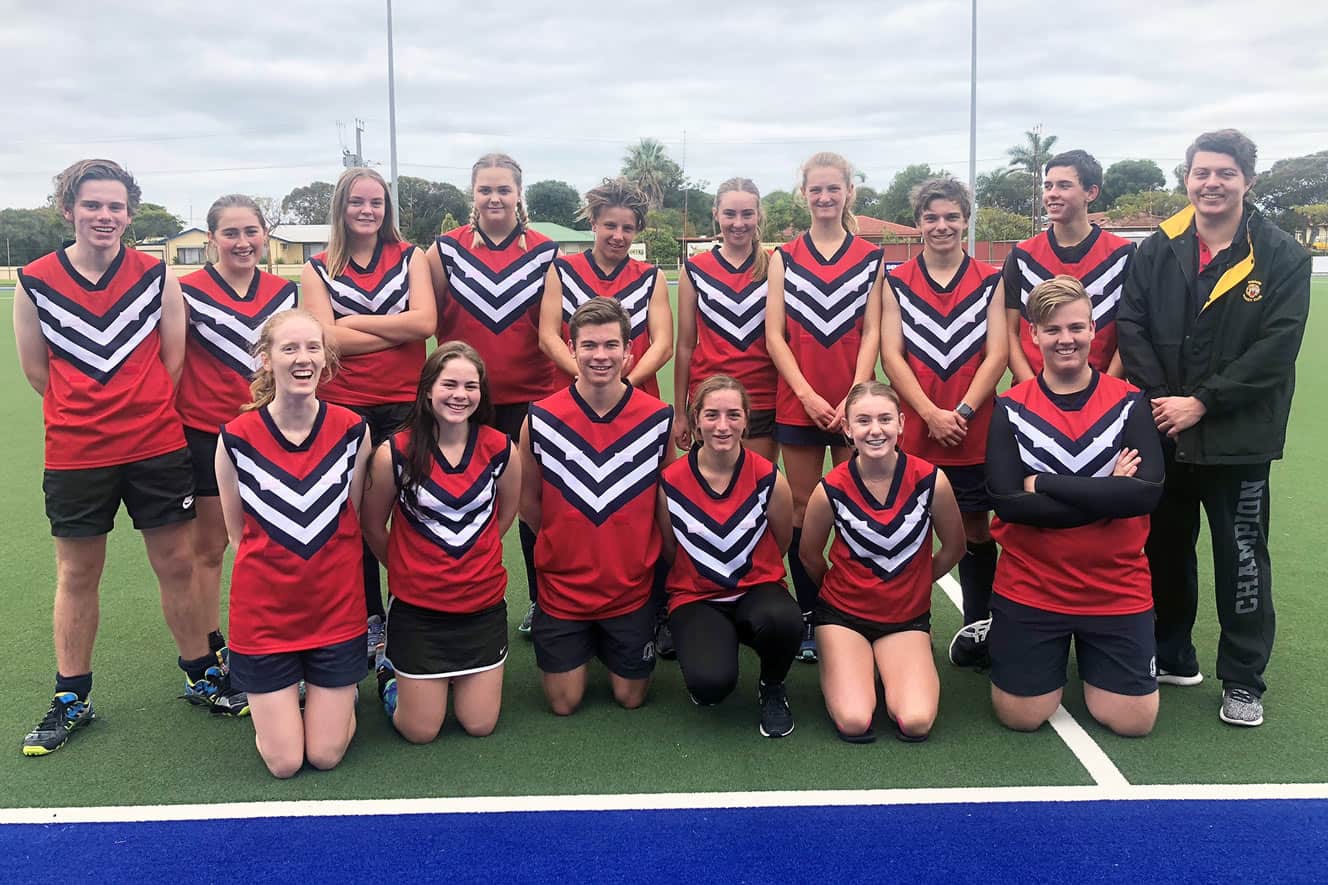 The 2018 PLHS Open Mixed Hockey team enjoyed an extremely successful day at Ravendale on Tuesday May 22nd. We provided strong competition at the annual round robin tournament against several other schools, ultimately finishing the carnival undefeated but in second place (on percentage only).

From the first whistle to the last, the skill level and sportsmanship of the team really shone; great stick-handling skills were demonstrated by the senior members of team in particular, with Jordan Ambrose and Alanna Haines providing crucial leadership throughout the day.

From a coaching perspective, the composure, skill and sportsmanship exhibited by the PLHS squad was outstanding, and we were very unlucky not to claim the overall win. Hopefully, the story will be different next year.