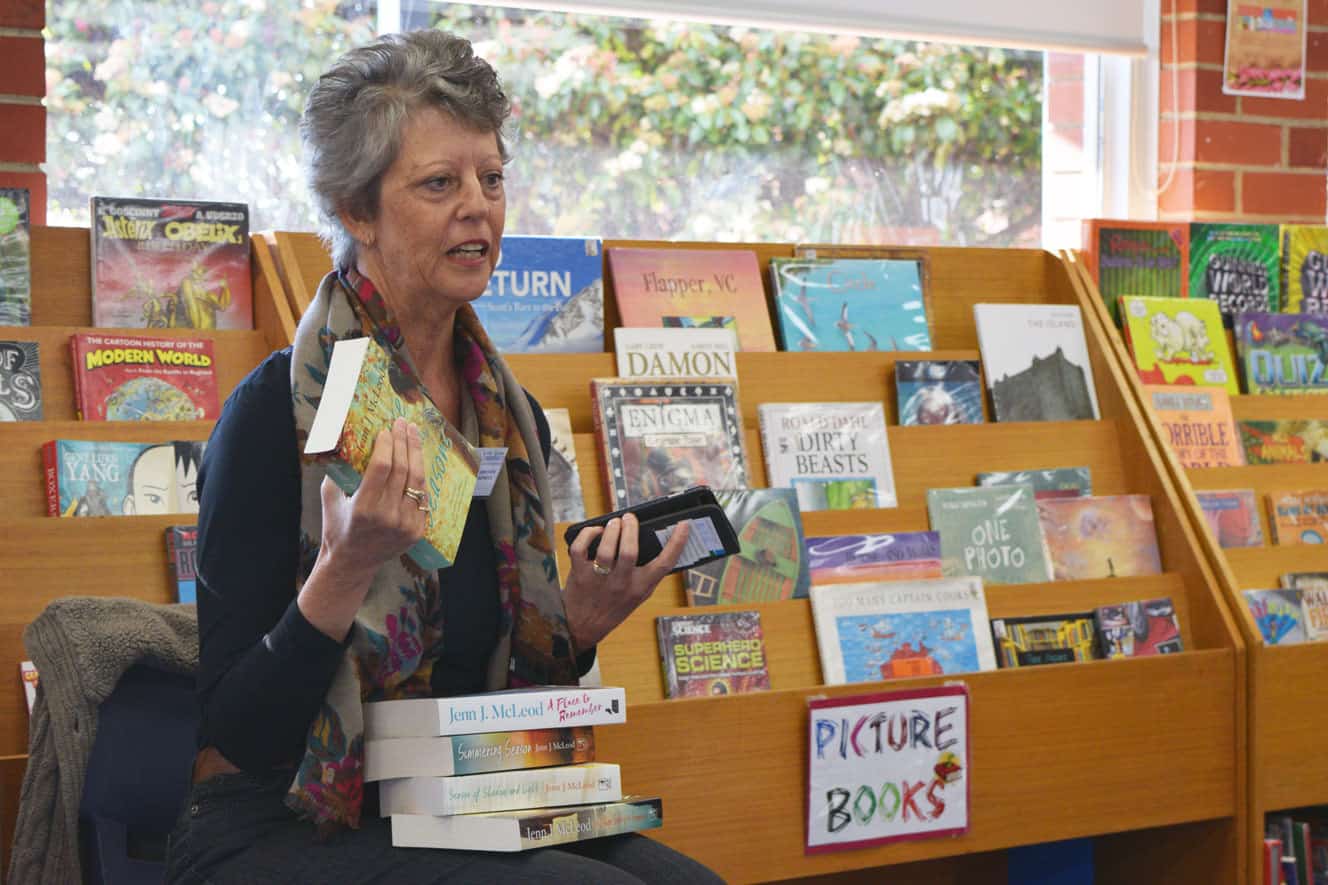 During Book Week 2018, Australia’s “nomadic novelist”, Jenn J McLeod, dropped into Port Lincoln High School on her way to Western Australia. She chatted to Year 11 and 10 students about the publishing industry and her writing process. Jenn shared her many years of experiences with editors, including what she has learned about the types of things a new writer needs to know about preparing their manuscript for submission and what they can expect in the rapidly changing publishing industry, in Australia.

She offered useful examples about the processes involved in developing the characters in a novel and the use of literary devices such as motifs (things one uses in a recurring theme), dialogue tags (where “he said, she said….”), how to deconstruct a novel and memorable books (where one can remember the first line).

Jenn discussed her most recent novel, “A Place to Remember”, which was launched in March this year. The story features the ingredients of star-crossed lovers, meddlesome parents, tragedy and two determined and resilient women — a mother and daughter — who uncover thirty years of secrets and lies buried on a fifth-generation cattle station in Queensland.

Two of her other engaging books have also been purchased for our library:

“I have been obsessed with books from a young age and have continued this obsession with creative writing. The thought that one day one of my books could be published….was just wow!

“As an inspiring writer, I was very excited to go and meet a writer that started out just like me. This experience was very helpful and a lot of fun. Jenn J McLeod talked about a lot of interesting subjects. She talked about her experience with publishers and what it’s like to have your first book published. She also talked about her writing style which was very helpful. It was all very informative and enjoyable. To meet someone who has been through the process was a privilege and it gives me a clearer idea of what it’s like to be an author. I am now taking the things I have learnt into my writing and future endeavours”.