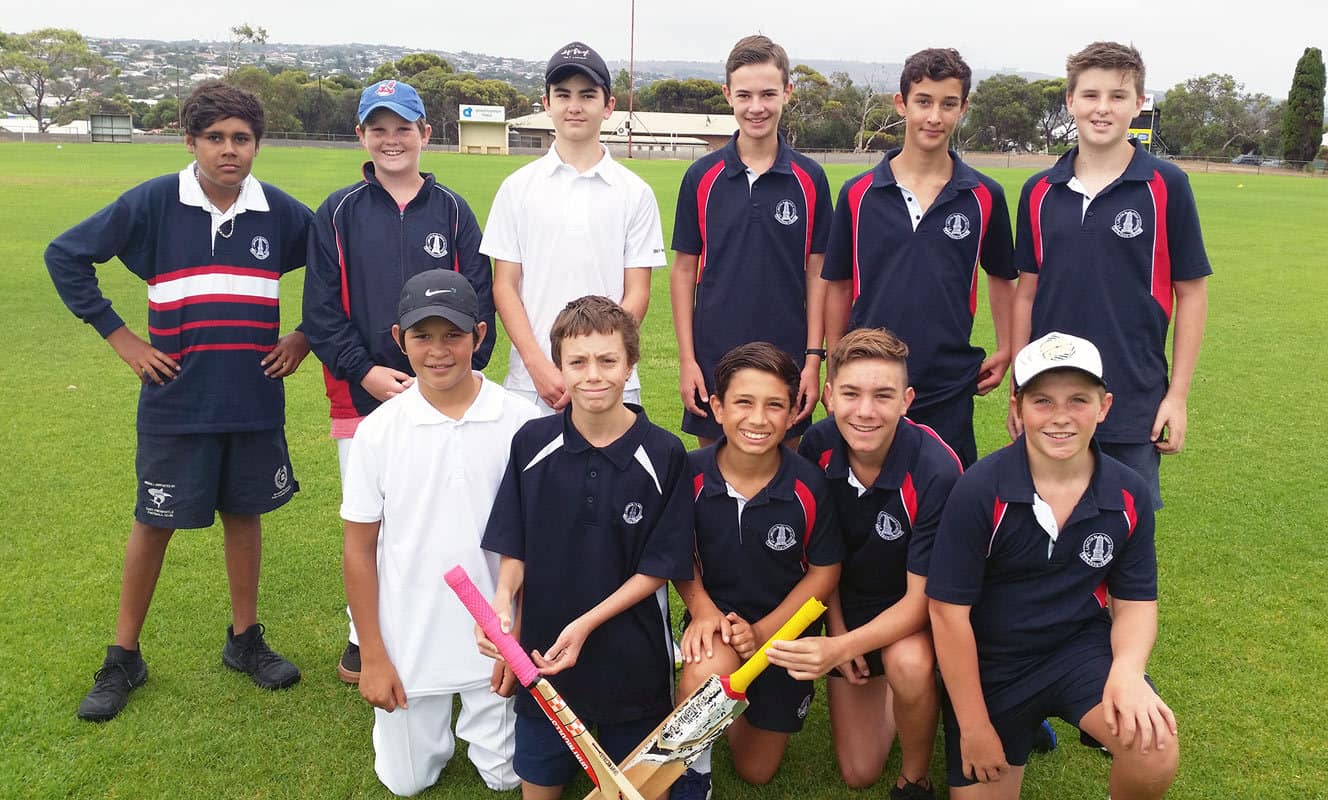 On Wednesday February 21st, eleven PLHS Year 8/9 students competed in a T20 cricket carnival at Poole Oval. Before we played our first game, we all helped to set up the pitch and the boundary line. We then had a quick team meeting to elect our team captain – Mason Hope was chosen.

In our first game against Cummins Area School, we won the toss and elected to bat first. Unfortunately, we could only manage 21 runs (with nine ducks), whilst Cummins reached 0/64 in their allotted overs. Even though the result of the game might not have gone our way, it was still great fun and a good experience.

We played much better in our second game against Navigator College, taking seven wickets (Bob – 4, Mason – 2 and Cooper – 1) and making 63 runs. However, they still gained the upper hand and ended up winning by 47 runs.

We finished the day by packing up the pitch and heading back to school before home time. Overall, it was a fantastic day and everyone enjoyed the experience.