In order to induct the members of our Student Representative Council and House Captains for 2019, a whole school assembly was staged earlier today in the school’s Gymnasium.

The occasion was compered by Deputy Principal Mr Clive Palmer, who officially welcomed the parent/caregivers, students and staff in attendance, plus invited guests including the Mayor of the City of Port Lincoln, Mr Brad Flaherty. An Acknowledgement of Country was delivered by two brave Year 8 students, Ashur Miller-Pickett and Nathaniel Hirschausen-Burk, before Principal Mr Todd George explored the theme of leadership during his Principal’s Address.

Having previously been elected by their peers, each student leader was then individually recognised in front of their proud parents with a certificate and badge of office. Our Principal Student Leaders for 2019, Cameron Akehurst and Brooklyn George, concluded the proceedings with an articulate and thoughtful address to the student body.

Following the ceremony, the newly inducted SRC and House Captains joined parents and staff for a celebratory morning tea in the Staff Room.

Congratulations to our student leaders for 2019 (pictured below) – we wish you well in these important roles. 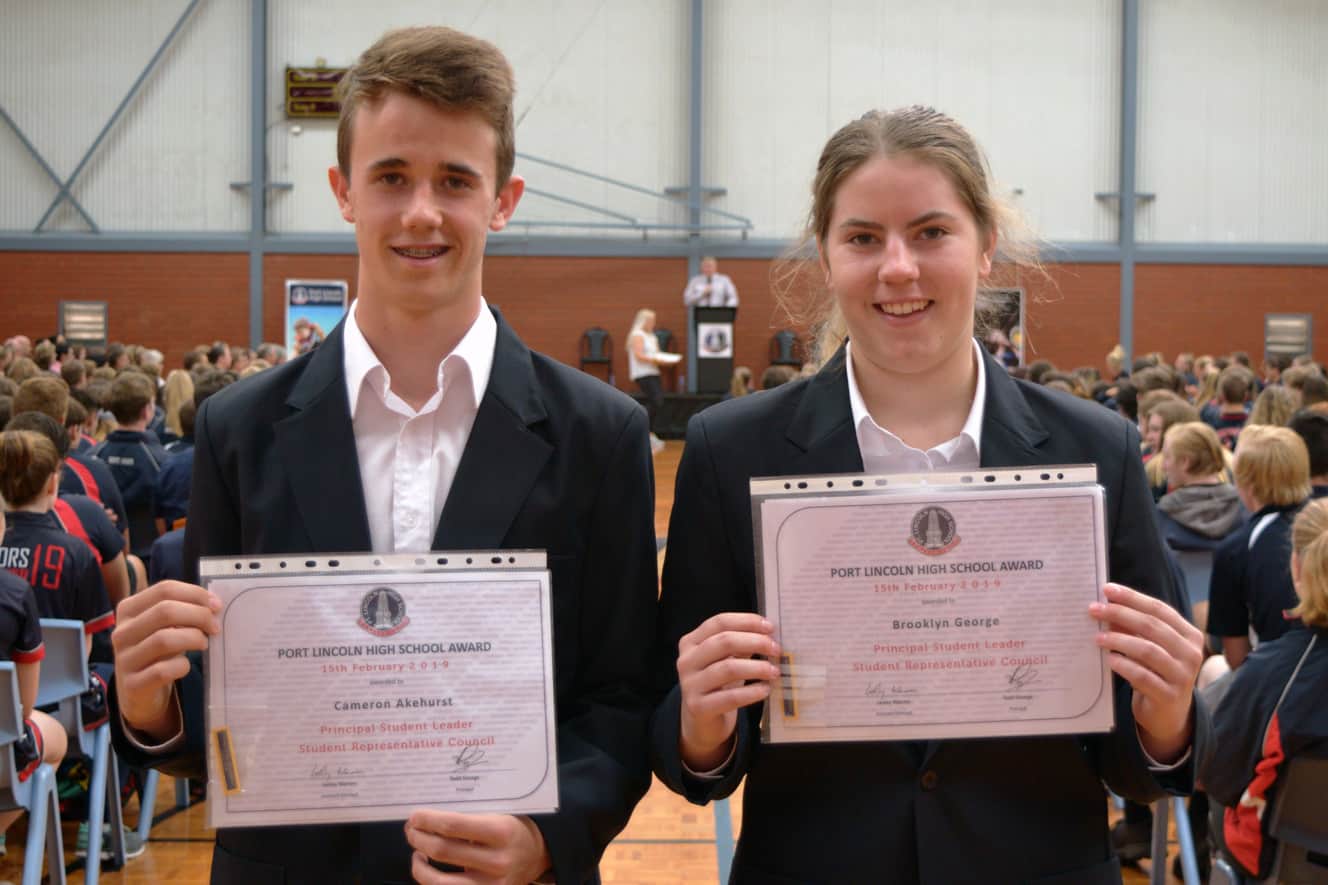